Some years ago I learned a programming language that made a profound impact in the way I think about software; a language that I enjoyed working with, that enabled me to meet some amazing people and pushed me to get more involved in Open-Source and community than I ever did before. I stopped using it because it couldn’t get me the job I wanted, and I needed to switch my efforts to mastering the tools that could. I later became disenchanted with that language and its ecosystem because of how it is managed; because the interests of the greater community of its users seemed to be secondary —sometimes even opposed— to the needs of the company that owns it.
I made multiple attempts at writing a blog post explaining why I lost interest in that language; a little out of frustration, a little because if had known better I wouldn’t have invested so much time in it. But I could never shape the text in a way that couldn’t be perceived as a rant or an attack and so I left it unfinished, popping up from the back of my head every now and then.

A couple of months ago me and my girlfriend got a dog. She insisted that we got one ever since we moved together and I kept putting it off because I wasn’t a dog person and I didn’t want to be responsible for another living being, not just yet. Eventually, I gave in. One of the things that she first showed me when Cumbia (my dog) got home was that to teach her how I wanted her to behave I shouldn’t focus on punishing mistakes but rather on rewarding accomplishments. This required (and still requires) an effort from my part; pessimistic as I am, I tend to put more attention to the negative side of things. 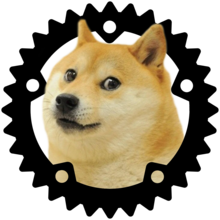 The past weekend I took the ferry across the Río de la Plata to Montevideo to assist to the Rust Latam conference, along with The Boss and other LambdaClass coworkers. As the talks progressed —following a first day where I took a great game development workshop—, I kept getting this feeling that this is the kind of  Open-Source software community I want to invest myself in. Yes, the people that know better and have put the biggest effort are the ones calling the shots, but the discussions are open and anyone can weigh in. What’s more, small contributions, beginner contributions are not only welcome but necessary because that’s how the project grows and the language evolves to become a better tool, one increasingly helpful for an increasing amount of people.
It became apparent to me that the best way to scratch the itch of my previous Open-Source disappointment was to focus on the accomplishments of this community rather than clinging on what I disliked about the other. As when teaching Cumbia, I had more to gain by looking at the good side of things.

During his amazing opening keynote, Niko Matsakis said that he was skeptical and pessimistic by nature, and that he was, at first, worried about whether people using Rust also liked it. At that point I looked at The Boss because I knew he would be nodding at me, the company’s “designated pessimist”, the one that always assumes the worst. Niko then moved on to show that a lot of people were, in fact, loving Rust and that this was in part for its features but largely because of the sense of craftsmanship that they enabled and the community that grew around it.

I don’t hold an especially romantic view of Open-Source. At the end of the day, it’s just another way of doing business, like most professional activities are. Capitalism has this way of ingesting everything, even what antagonizes it, and turn it into business. I don’t think Open-Source, nor technology for that matter, can change the world, but I do feel proud about being part of a discipline where there’s still room for passion and craftsmanship; a discipline that proves that fellowship and collaboration can be the best way of making progress.